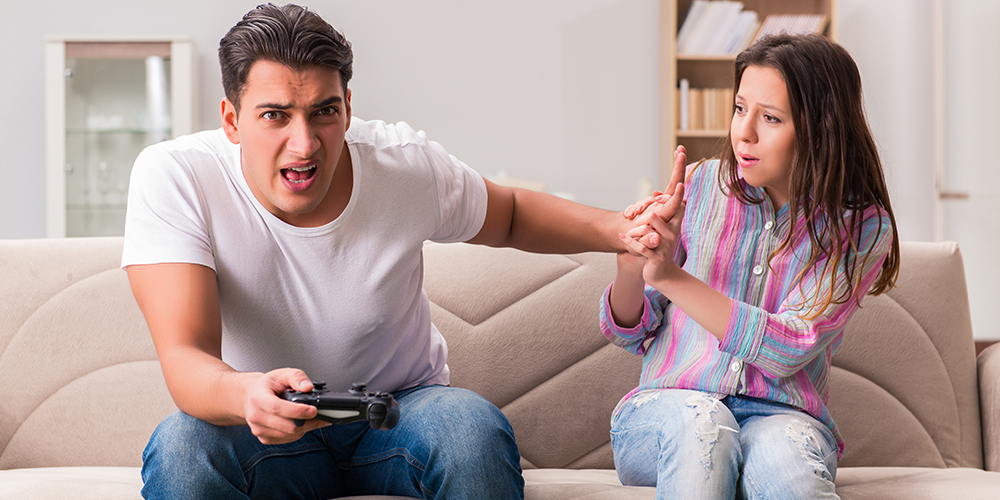 Is your child spending all the time playing video games? Games are very popular today, so it is hard to ignore them. Colleagues talk about them at school, and there are ads and posts about them online. They are just everywhere.

Unfortunately, unrestrained gaming activities can be a sign of gaming addiction. If you believe that your child may be suffering from this issue, you have to do something about it.

What is Gaming Addiction?

Gaming addiction can be hard to detect at first. There are differences between playing a lot and really being addicted to it. How to know if a disorder is actually happening, though? When you or your child are spending so much time with games that it starts to cause issues, it might be the time to look for a solution.

A video game addiction is a disorder recognized by the World Health Organization as a pattern in which gaming takes control over someone’s life and other interests.

In a way, it is similar to a gambling disorder. It is a compulsion to play games for as long as possible. People who suffer from this issue are often hooked into online or competitive games, as they do not have a defined ending. As time passes, the person starts to spend most of its time worrying about being able to play more.

Gaming disorders can bring several health issues to an individual. People stop caring about their health and engage in long, irresponsible sessions of playing. This harms both the body and the mind.

What are the Symptoms of a Gaming Disorder?

The main symptoms of gaming addiction are not very hard to see. The most obvious one is to spend several hours playing video games. However, not even this symptom is actually so straightforward.

The American Medical Association defines “heavy game use” as playing over two hours every day. Does this mean that a person who does this is addicted? Not necessarily. Playing a lot is just the most superficial symptom. It is still when someone stops enjoying life outside of gaming and avoids other activities that the problem starts.

People who are addicted to video games many times experience several emotional and physical symptoms. These signs can point out to the fact that they have a problem with video game addiction.

The emotional symptoms often include irritability when unable to play, isolation from social activities, lying about how much time is spent playing, and preoccupation about when the next gaming session will occur. Aggressive behavior can also be common in this situation.

Physical signs can include fatigue, poor personal hygiene, and migraines. Carpal tunnel syndrome is also very common, as repeating the same movements with a controller or a mouse can cause a strain in the body. Most of these symptoms are caused because the person addicted to games will not eat, shower, or do other activities to be able to play for more time.

Do Video Games Cause Violent Behaviors?

People often wonder whether video games can cause violent behavior or not. A recent study shows there exists no direct correlation between games and violence. The study, which was made by the professors Andrew K. Przybylski and Netta Weinstein from the Oxford Internet Institute analyzed over 2,000 British children, shows that this can be considered a myth.

The problem is not that games cause the violence themselves, but that addiction can be linked to violent behavior. Aggression, depression, and anxiety are often felt by people who are addicted to games. Also, players of competitive games may engage in violent behavior online with other people, as some of them feel that they “need” to win.

Another point to consider is the relationship between violent media in general and young children. Extremely violent games are not suitable for all ages. Before letting your child play a game, you should check its age ratings. The younger a child is, the greater is the chance that it may be psychologically harmed by violence. This also happens with other violent forms of media such as movies.

Remember that the violence is not really connected to the games themselves or healthy gaming activity, but to the inability of the person to cope with the addiction and stressful social situations. To avoid these issues, looking for support is the right choice.

What are the Symptoms of Gaming Addiction Withdrawal?

Despite not being related to a specific substance, gaming addiction can still be pretty harmful to someone’s life. It can cause devastating withdrawal effects and trigger anxiety crisis. This happens because gaming is often a joyful activity that releases some substances in the brain, such as dopamine.

Dopamine is a chemical that plays a major role in triggering happiness. Addiction can cause people to wire their brains into only being able to feel pleasure by gaming so that stopping will cause a withdrawal effect.

It should be noted that the effects are not as severe as the ones faced by people who are addicted to illegal drugs, but they can be pretty strong.

Another point to consider is how games are often used to escape reality. Without them, the person may feel emotionally drained. This is one of the factors that makes the withdrawal process so strong and difficult to face.

Mental symptoms are often much stronger than physical ones. Some of them are increased feelings of anger, irritability, loneliness, emptiness, sadness, despair, and acute mood swings.

Also, they may include a strong desire to come back to online friends. The combination of offline isolation with separation from online friends can increase the feeling of loneliness even more. Then, rebound to gaming addiction often seems like a solution.

Emotional and even violent outbursts are also not uncommon, affecting especially young people, as they have a harder time dealing with emotions and may not understand very well why their parents are depriving them of something that they like so much.

Fortunately, the withdrawal from gaming addiction does not last long. The most violent symptoms generally last only a few days, depending on how addicted the person was to games. In some cases, the emotional symptoms may still last weeks or months, but they will probably get weaker as time passes.

Finding new enjoyable activities and hobbies generally helps the person suffering from video game addiction, as they can work as replacements and reactivate the dopamine on the brain again.

What are the Consequences of Gaming Addiction?

Video game addiction can have severe consequences if it not treated. The longer the person has been addicted, the more negative effects will pile up, which can be dangerous.

Most of the time, the social life of the individual addicted to video games will be considerably harmed. Children often fail in school if they dedicate all their time to games. Isolation from friends is also normal, as non-gaming activities are generally left aside.

Gaming disorder can also lead to anxiety and depression in many cases. If this happens, these issues have to be treated separately, even after the addiction is gone, as they can harm someone’s quality of life.

Physical diseases caused by long-term addiction include musculoskeletal issues such as the already cited carpal tunnel syndrome, but also diseases related to bad alimentation or spending too many consecutive hours playing. They can include light-induced seizures and increased metabolic rate, for example.

How is Gaming Addiction Treated?

Recovery from gaming addiction is far from easy, but it is possible. The first step is to understand the problem and know that you need help.

Most treatments for gaming disorder are focused on psychotherapy, cognitive behavioral therapy, or counseling. Both individual and family counseling have been proved to be powerful tools when helping people to recover from this problem.

The treatment is similar to the one for food addiction, as some triggers are similar. Games are generally played on computers and smartphones, which are a common part of life, so you can’t simply avoid them as you could do with drugs. With the help of therapy, the patients can modify their behaviors and resist the urge to start playing again.

There are several methods to treat video game addiction. They include outpatient and inpatient treatment, and residential and partial hospitalization methods.

Game addiction is not as severe as the one caused by some substances, so inpatient methods, in which the patient is committed to a medical facility, are rarer.

Most of the time, people are treated in outpatient methods, which consists of regular visits to therapy, or with partial hospitalization. This way, the patient can continue its daily routine. The method gives more freedom to the patient and lets the person start to resocialize again, which is important for recovery.

Participation in group therapy is also proven to be effective. 12-step programs can help in some cases, as the patient can listen to the stories of others and know that he is not alone.

It is possible for you or your children to live a better life without video game addiction; you just need to seek specialized help. After you or your child get better, life will be pleasant again, even when not playing games.